Reynolds' early goal separated the sides at half-time where Longford led 1-7 to 0-7 and he completed his hat-trick in the second half as Longford won 3-13 to 0-12.

Longford responded by landing two of the next three scores before Fergal Sheridan’s superb point on the stroke of half-time made it a three-point game.

Three minutes after the restart Mulroy reduced the margin to two points before Longford opened up a six-point gap after hitting 1-3 in succession.

Reynolds found the net for the second time on 43 minutes and he 16 minutes later he added his third goal as Longford moved nine points clear.

Longford were now in cruise control but Mulroy failed to embellish the scoreboard deep into stoppage time as he fired his penalty high and wide of the posts.

Longford ran out convincing winners in the end as the hosts claimed the O’Byrne cup for the fourth time in their history. It’s Paddy Christie’s first piece of silverware as Longford manager. 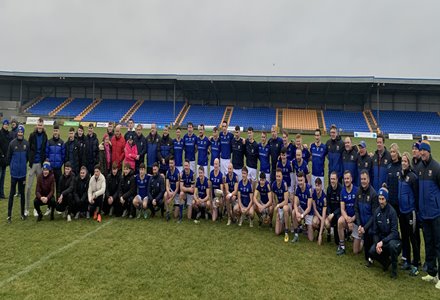 Gardai appeal for witnesses to crash in Mayo

Copyright © 2023 Shannonside FM. Developed by Square1 and Powered by PublisherPlus