The Epa is urging anyone concerned to test for radon.

A cancer-causing silent gas has been recorded in several areas of the Shannonside region.

The Environmental Protection Agency says 170 thousand homes are exposed to high levels of radon, up 25 thousand in the last two decades.

Radon is naturally occurring and is thought to cause 350 cases of lung cancer in Ireland every year.

A new map, showing additional households at risk of the carcinogenic gas show several towns and villages affected in this region.

One in five homes in areas identified as red are likely to have high radon levels.

In Roscommon, this encompasses an area from the wider Frenchpark community south towards Athleague and as far west as Caltra and Skehana in east Galway.

In Longford, the EPA estimates that there is a high concentration of radon gas in an area between Lanesborough and Ballymahon close to the shore of Lough Ree. 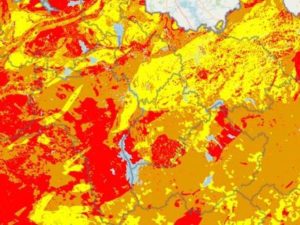 Longford town, Newtownforbes and Drumlish are also understood to be areas of concern identified by the EPA.

In Leitrim, a strip stretching north east from Carrick-on-Shannon through Leitrim village and on to Ballinamore just south of Lough Allen is reported as having  a high level of radon.

North Longford and the majority of south Leitrim is classified as yellow - with one in 20 homes at risk of radon.

The EPA is urging all households and businesses, especially those in high radon areas, to test for the gas. 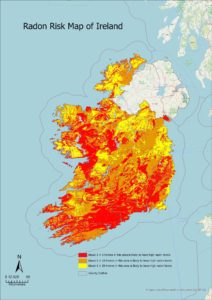