Dessie and his sister Muriel were well-known in south Roscommon.

The man and woman who died in a drowning tragedy in north Kerry last night have been named as Dessie Byrne, who is originally from Baylough in Athlone and his sister Muriel Eriksson, who was living in Sweden.

They  died following an incident at Ballybunion beach just after 6pm yesterday evening.

Mr Byrne and his family are understood to have arrived in Ballybunion for a holiday just hours before tragedy struck on Thursday evening. 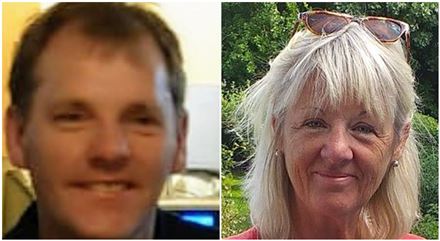 The alarm was raised just after 6pm yesterday at Men's Beach in Ballybunion, when Mr Byrne, who was in his 50s, got into difficulty in the water.

Despite the emergency services' efforts, he was pronounced dead at the scene.

His sister, who was 62 and living in Sweden, was also discovered in the water and she was treated at the scene but was pronounced dead as well.

"Dessie was very well-known in the area, he is well over 20 years here; he and his partner and their children. He was always a very friendly man and always available to help out of there was any need in the community.

I remember him on a number of occasions stepping up to help up when we had problems with water in the community. He was always a man to be friendly and polite and very dedicated to his family and this is a terrible tragedy to happen."

Prayers were also offered for the brother and sister at 10 am mass in St john's Church in Ballybunion this morning by parish priest Fr Sean Hannifin:

"We as a community and everybody are shocked to our toes by what happened yesterday with the loss of life and our hearts go out to the two people who have lost their lives."

Number of burglaries in Roscommon/Longford area up almost 50%