Two Longford students have returned to Ireland today following their major success at the Junk Kouture finals in Abu Dhabi.

Joshua Osabuehien and Solomon Eduard representing Cnoc Mhuire in Granard scooped the World Designer of the Year title at the Etihad Arena on Wednesday night.

The outfit is described as a futuristic coat of armour against climate change made from an old laundry basket, car wipers, and an old shower mat.

The students traveled home overnight and a special ceremony was held at the north Longford school this morning to welcome them home. 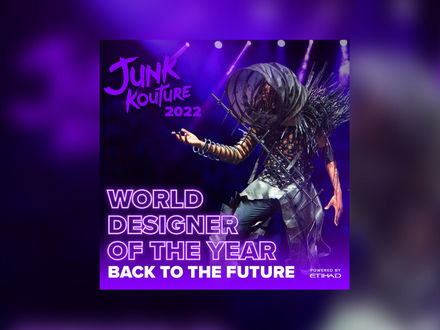 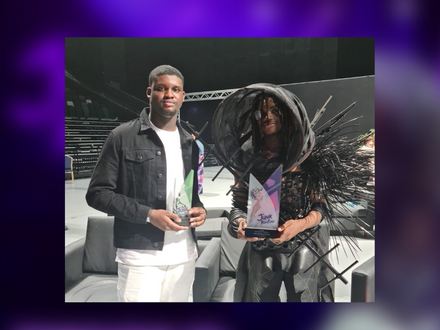 Speaking to Shannonside FM Solomon has been describing the moment they were announced winners and he encouraged other students to show their creativity:

''In that moment, my body moved I was pumping my fist in the air shouting 'let's go'.I took the trophy and lifted it the air, a moment to remember. There is nothing wrong with showing off your abilities, if you feel you have a bit of creativity do not be afraid to show it. Just give it a go and you'll find there's always something at the end of it.''

Teammate Joshua paid special tribute to their teacher Charmaine Hetherton who traveled to Abu Dhabi and helped them throughout the competition:

''Ms Heatherton is one of the most hard working teachers in the school. The amount of hours she has put in with us, she's been doing Junk Kouture since 2011. The most praise to her for everything she's brought us through.''

Tommy Stenson was at the homecoming in Cnoc Mhuire earlier.

Copyright © 2023 Shannonside FM. Developed by Square1 and Powered by PublisherPlus